Did you know that you can navigate the posts by swiping left and right?

I got frustrated with my DSL provider because they had raised my monthly bill from $15 to $40 over a 10-year period, without ever increasing my speed (.6 Mbps).

A great option for cheap broadband is a Calyx hotspot. For me this works out to be about $41/yr, and I’m getting about 14 Mbps. A colleague has an even better deal through 4gcommunity. Apparently this is so cheap b/c Sprint acquired Clearwire and non-profits had a grandfathered rate; so Calyx actually raises money though this.

I already had an Ooma to replace my landline, so with the hotspot I’m in the somewhat ironic situation of having a “landline” that is actually running off a cellular data plan. To make the physical connection (Ooma takes ethernet) I use a Netgear WN3000RP N300 WiFi Range Extender which has an ethernet port. A bit of a trick here: to make Ooma work with the hotspot (Franklin r850 from Sprint) you must

Another trick is to change the frequencies of the hotpot to get faster speeds. For me this was the difference between 2Mbps and 14Mbps:

Different bands have different speeds but also different ability to penetrate buildings. The order above goes from fastest with least penetration to slowest with most penetration. This way it will try fastest by default and fall back incrementally to slower speeds.

Next trick: since band 41 doesn’t have good penetration, how about an antenna? Turns out the r850 doesn’t have an external antenna port. However, it is possible to make a parabolic reflector antenna as shown in pictures below. I used some metal screen I had from a previous project and some 3/16” foamcore. I printed the pattern, taped it to the foamcore, and cut with a good utility knife. I thought a nice trick was that by cutting a bit extra at the ends I could pop up the foamcore like a tab and secure the screen without glue (a compression fit). Turns out the top piece of foamcore wasn’t needed/didn’t improve reception, so I just kept the base and positioned the r850 (without battery) such that the bottom pointed out. Using this setup, my RSSI went from -82 to -76, which according to Sprint is a 1 bar improvement in reception. 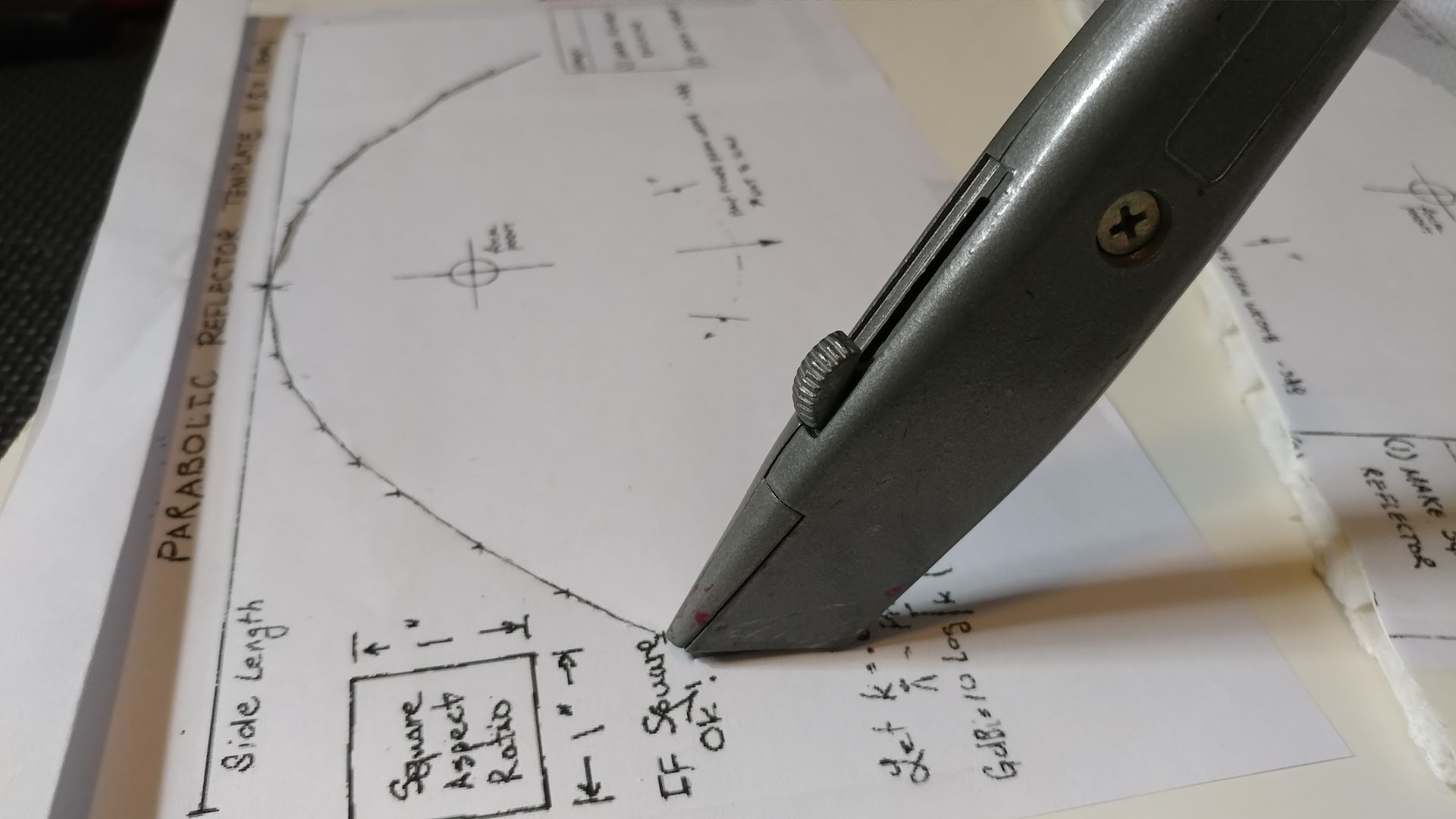 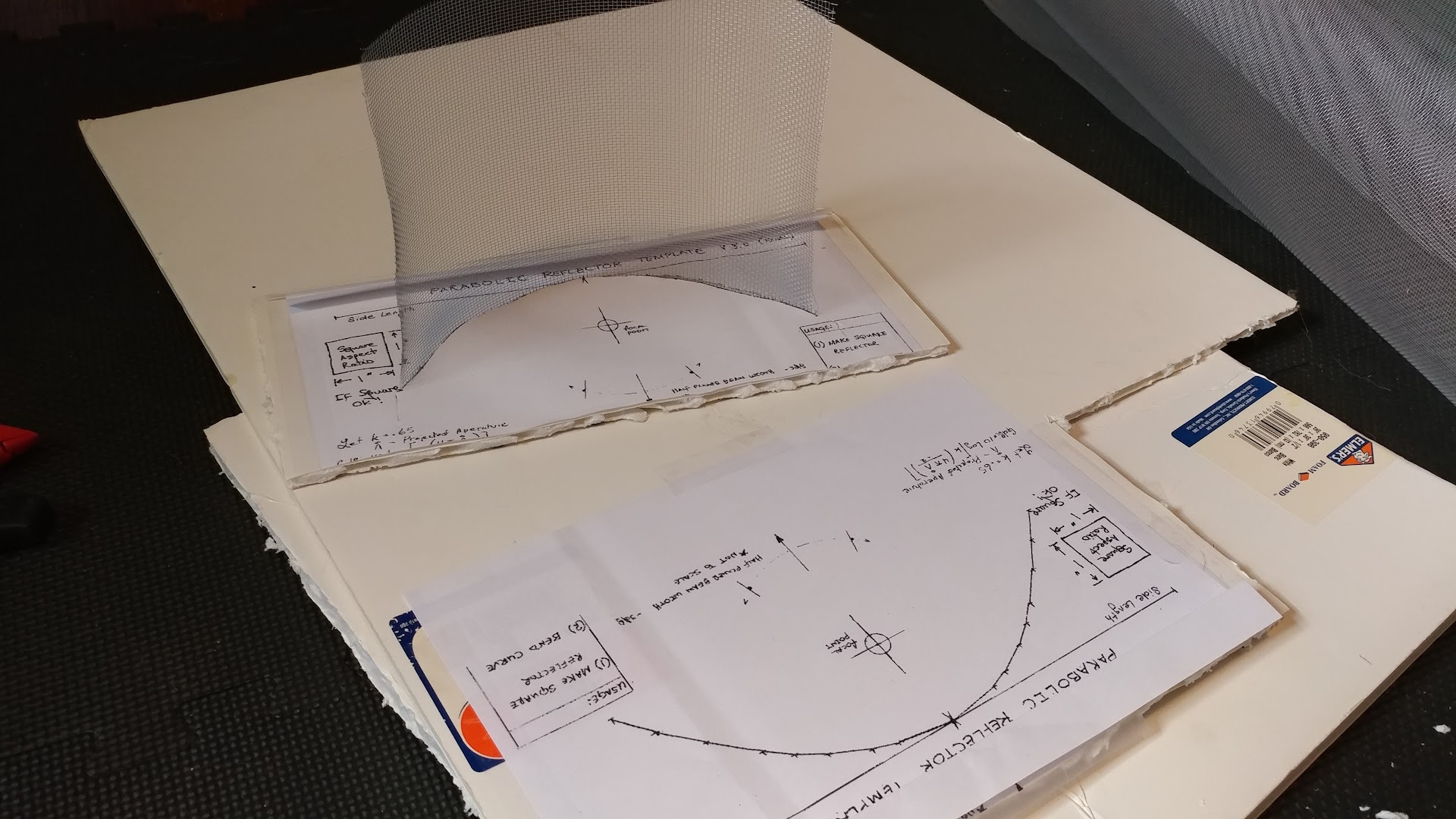 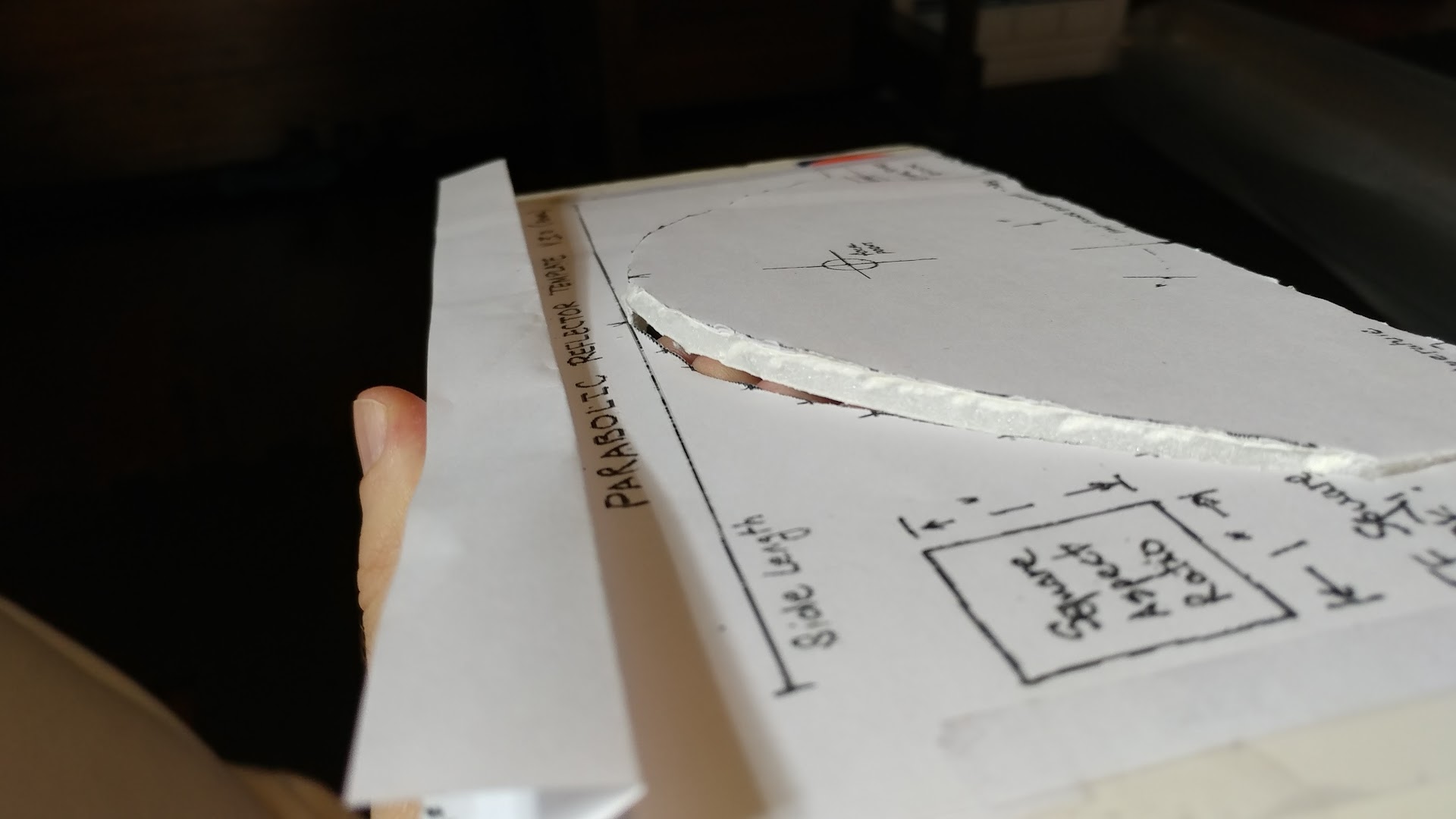 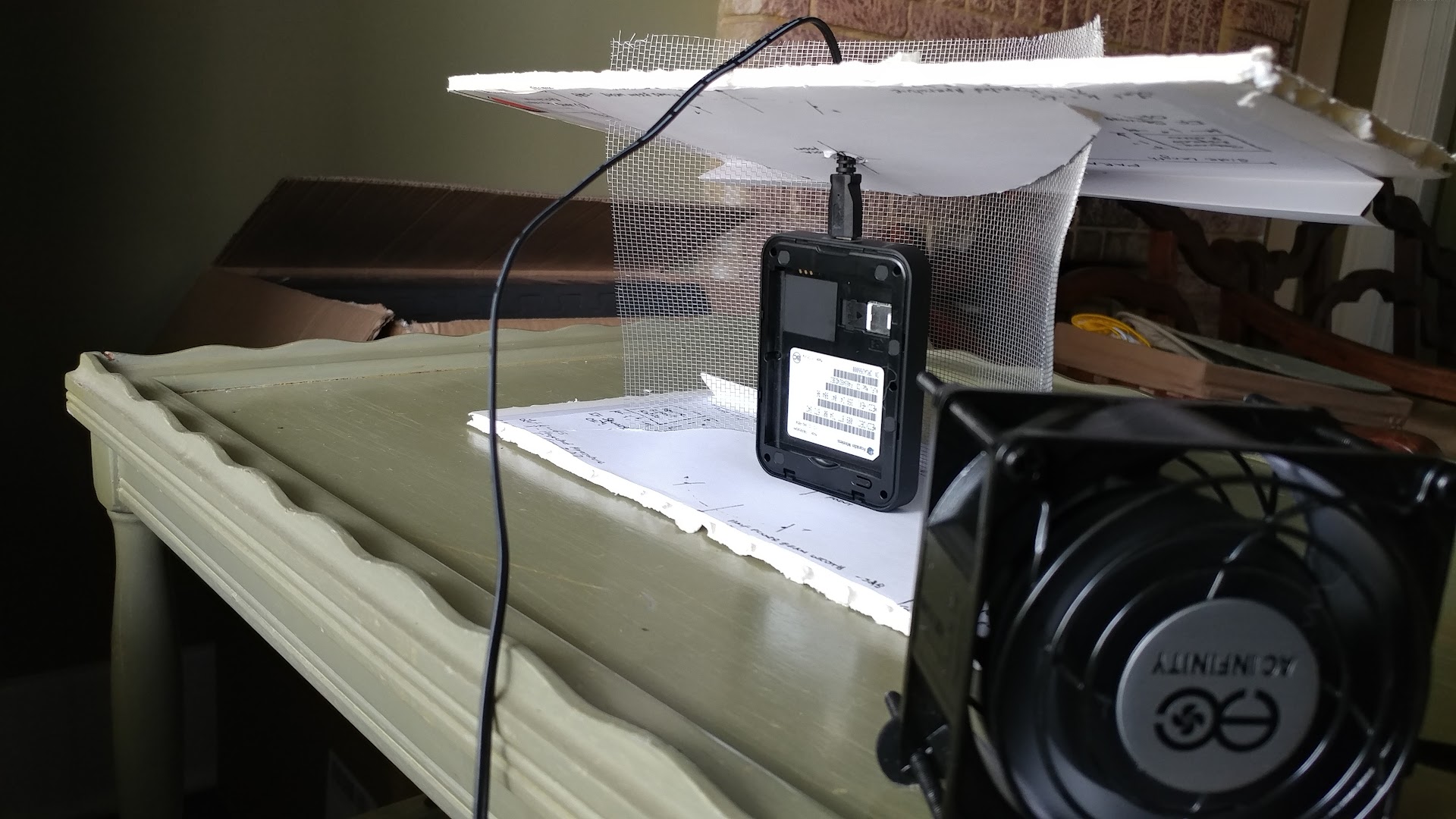 Final trick: the hotspot does not like to get hot. If you don’t keep it cool (low 30s C tops) then it just slows down. I got a little quiet AC Infinity AXIAL 8038 fan to keep it cool.